Home / News / The Twin-blade: an atypical corkscrew with a history

The Twin-blade: an atypical corkscrew with a history

The idea: “pull” the cork from the bottle without piercing it.

How? By inserting 2 “spring steel” blades attached to a handle between the cork and the bottle’s neck, then pulling and turning the blades and the cork together, removing the cork without damaging it.

The Twin-blade easily removes corks in the wine, even old and fragile ones. The cork is not pierced, and thus does not crumble. The Twin-blade can also be used to re-cork an opened bottle. According to legend, the Twin-blade was very popular with waiters, who used it to serve themselves a small helping from bottles, then re-cork them, leaving no trace of the break-in. 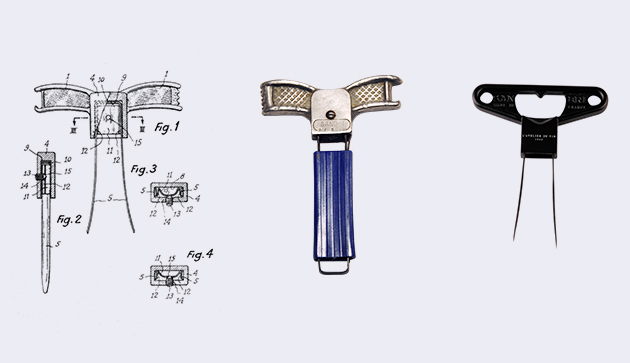 The device was first patented by Charles Pégé on 1 July 1887!
L’Atelier du Vin (the Sanbri Company) filed patents for “improvements on a bladed corkscrew” on 13 May 1949 and 6 April 1954.

Made in France by the hundreds of thousands, the Twin-blade by L’Atelier du Vin is a tool prized by wine enthusiasts and others wishing to learn the art of “pulling” a cork without puncturing it with a corkscrew bit.